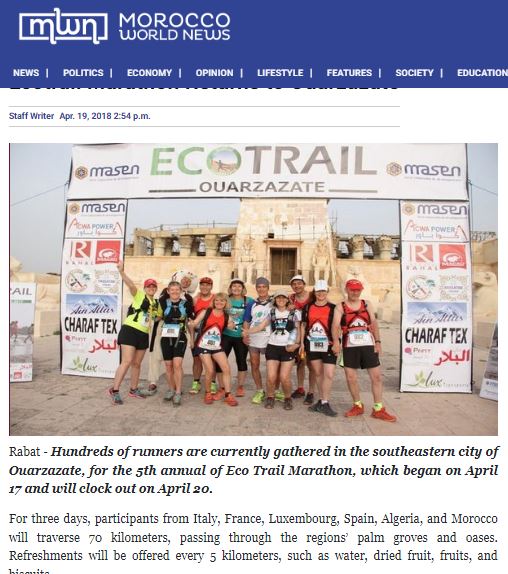 5th annual of Eco Trail Marathon, which began on April 17 and will clock out on April 20.

Rabat – Hundreds of runners are currently gathered in the southeastern city of Ouarzazate, for the 5th annual of Eco Trail Marathon, which began on April 17 and will clock out on April 20.

For three days, participants from Italy, France, Luxembourg, Spain, Algeria, and Morocco will traverse 70 kilometers, passing through the regions’ palm groves and oases. Refreshments will be offered every 5 kilometers, such as water, dried fruit, fruits, and biscuits.

The 4-day event occurs as a 3-stage marathon: the first stage began on April 17 and consisted of 24 kilometers, starting in the middle of the film studios through the mythical scenery of Ali Ben Haddou. The Moroccan El Maimouni Abdelilah ended the first stage in 1:21:19, followed by Ben Ouazar Youssef 1:23:38, while Ait Rahou Nadir came third with a time of 1:26:2. In the women’s category, Moroccan Aziza Raj secured the first place with a time of 1:45:46.

The second and third stages, scheduled for today and tomorrow, total of 24 and 22 kilometers, respectively. The runners will pass through a series of breathtaking valleys and oases.

At the conclusion of the marathon, the participants will return to Ouarzazate to celebrate the awards ceremony.

© Morocco World News. All Rights Reserved. This material may not be published, rewritten or redistributed without permission. 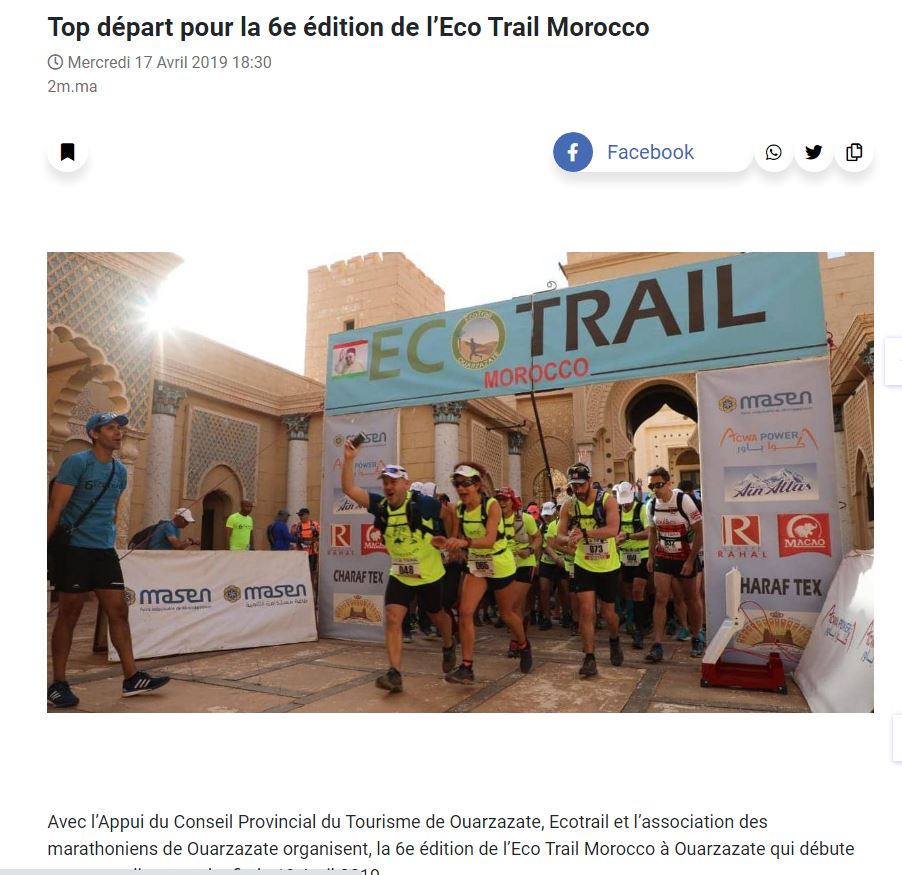 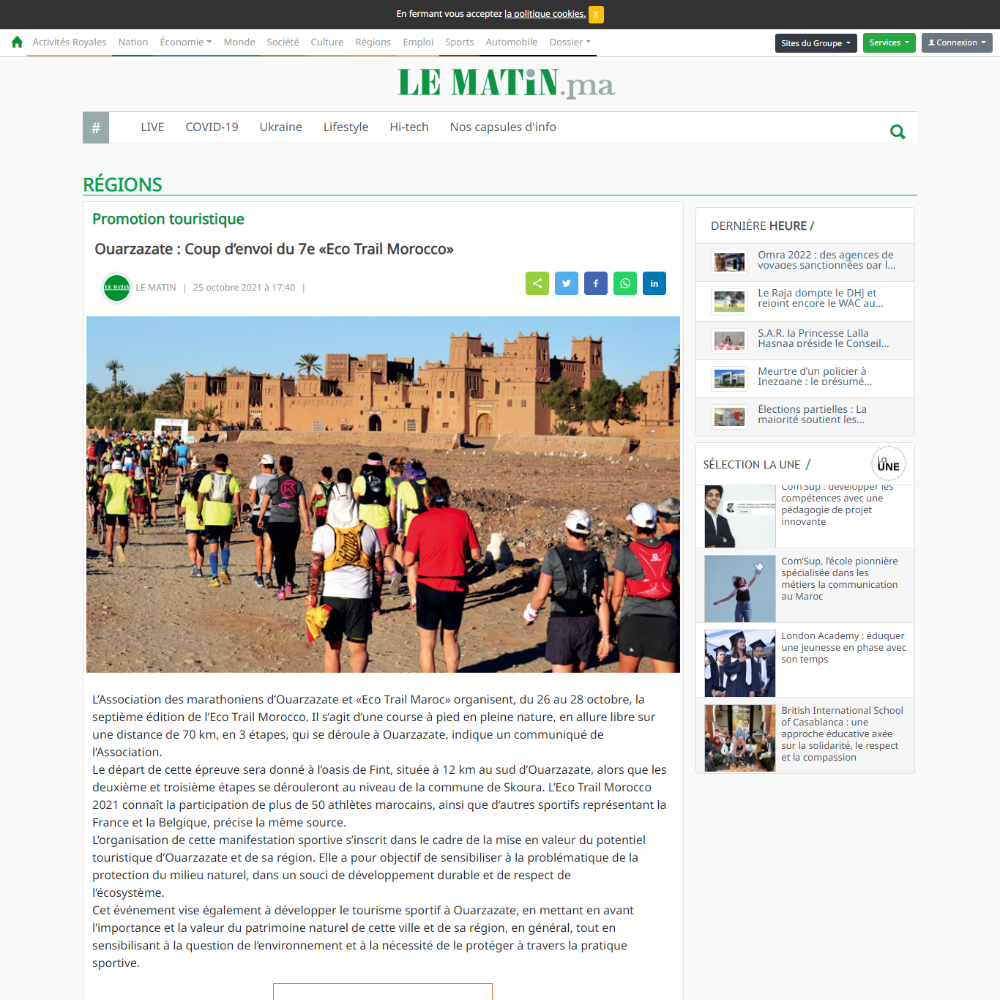